The Winds Do Blow

To my pearlmoonplenty readers: What follows are some of the remarks I made at a recent taping of a reading for A Bushel’s Worth: An Ecobiography in the Sunflower Room at Stonebridge Farm. I’ll share the video link when it’s up on youtube. 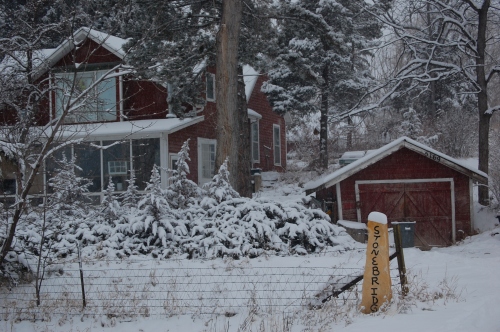 Stonebridge Farm is a 10-acre, organic, community supported agricultural farm on the Ute Hwy between Lyons and Longmont, Colorado. Stonebridge was established in 1911 as a dairy farm and became the first CSA in Boulder County in 1992. At 103 years old and in our 23rd CSA season, Stonebridge has a long history of practicing sustainable, small-scale, local agriculture.

Like Stonebridge, John and I have farming histories from our families and the communities in which we were raised. One reason I wanted to read here in the Sunflower Room is that this place joins the past with the future. For one thing, this building was originally a hog barn, which later housed cows and chickens, and even later became a storage shed and machine and wood shop for farm projects. Some of the people here today helped turn this room into the community space that it is now.

The Sunflower Room also contains little pieces of history that came from my own family’s farms in North Dakota. Many of the cool old things you see in this room came from the Smith and Short farms in Williston, North Dakota: doors, light fixtures, old cans and buckets, oil lamps, and the Burma Shave signs hanging on the walls. These things have a new home at Stonebridge, and, hopefully, a long one here.

We hold lots of farm events in this room—our annual pancake breakfast, Halloween party, knitting nights, concerts and old-time jams, and viticulture and writing workshops, since that’s part of our agriculturalist work here too. I love this room because it’s a hopeful place that brings together dreams of the past, present, and future.

I started writing A Bushel’s Worth: An Ecobiography about six years ago by following our farm through the seasons. From there, I expanded the book to include my family’s farming stories, my summer visits to those farms, and my childhood growing up east of the Rocky Mountains. As I wrote, I wove in my sense of urgency about protecting the natural world, an ecological awareness that was born out the nascent environmentalism of the 70s. One of the chapters in my book is about the first Earth Day in 1970 when I was in fifth grade. When our class planted a garden to celebrate Earth Day, none of us could have imagined the kind of climate crisis we’d be facing today. Those of us on the Front Range came face to face with it in last September’s flood, a result of the drought/deluge extremes that increasingly occur with the warming of the earth’s surface.

When my publisher, Kirsten Allen at Torrey House Press, encouraged me to bring more of my worries into the book, I told her that I would, as long as I didn’t seem like a worrywart. I try not to fret, I said, and usually have faith that problems will work themselves out.

But that conversation was before Stonebridge experienced two seasons of big worries—the drought and fires in 2012 (which became part of the book) and the frosts, hail, drought, and flood of 2013 (which happened after the book went to press). With seasons like that, who needs plot? Instead, the book progresses by drawing the reader into our growing concern for the future of farming in the midst of climate change and urban development, especially here in the West where the vagaries of weather and vulnerabilities of landscape require concerted vigilance. John and I feel we’re at a crossroads these days for ensuring that Stonebridge has a future in sustainable, small-scale, local agriculture. We know that we’ll need to take steps to preserve this land, even though we don’t yet know exactly what those steps may be.

At the same time that we worry about the future—especially this year with the river’s changed course threatening our irrigation ditch—John and I are farmers, and farmers are a pretty hopeful bunch. One minute we’re hoping for rain and the next, for the rain to stop. We hope for early frosts in the spring and late frosts in the fall. We hope the crops will come up and we’ll get them in from the fields and our members will stick by us. With all this hoping, farming is either the most optimistic of occupations or the most delusional. In farming, you work hard with hope in your heart until you can’t work or you can’t hope anymore. And that hasn’t changed since my grandparents and great-grandparents were farmers.

Those of you who have read my book know that one chapter is based on my Grandma Smith’s diaries and her understated, make-do, appreciate-what-you’ve-got, work-hard ethic. For example, on Jan 29, 1966, she wrote, “This morning its 40 below so won’t be very warm today.” 40 below. I know that makes me feel better about the frigid weather we’ve been having lately.

Recently, I was looking through my grandmother’s diaries again and found a poem she’d written shortly before my grandfather died and she followed seven months later.

In conclusion, I want to share her poem with you because I think it portrays the hopeful optimism we feel at Stonebridge about our future on this land, the kind of optimism that says, “Could’ve been worse” and “Next year, it’ll be better.”

A poem by my grandmother when she was 82 and still living on the farm:

The garden’s slow,
And so are we
The winds do blow
But I hope it’s rain instead of snow.

3 responses to “The Winds Do Blow”