When Clouds Come Into View

As my friend and I drove to Ghost Ranch outside Abiquiu, New Mexico, I tried to imagine the dirt road as Georgia O’Keeffe would have driven it in her 1930s roadster. Red rock towers spindled along the narrow highway as we left the Rio Grande valley and ascended the Colorado Plateau. We were on our way to Ghost Ranch as part of the Women Writing the West conference in Santa Fe, but it was a woman painting the Southwest who was on my mind as we drove.

The Ghost Ranch tour was led by Leslie Poling-Kempe, author of Ladies of the Canyons: A League of Extraordinary Women and their Adventures in the American Southwest, a study of the circle of East Coast women who came to New Mexico in the early 1900s to create lives independent of repressive Victorian gender roles. Kempe’s remarkable history of these women is this year’s WILLA scholarly non-fiction award winner and is an impressive work of research that re-illuminates the lives of women whose marks on the Southwest had almost faded from view. 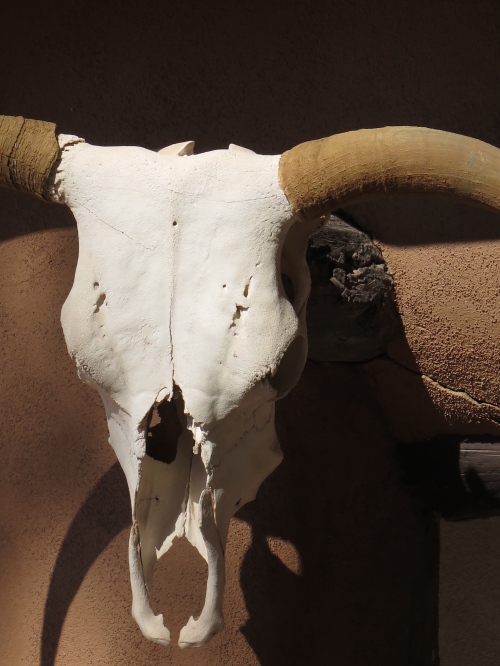 One of the ladies of the canyon was Carol Bishop Stanley, a trained musician who came to New Mexico on an adventure, married first one cowboy, then another, and never left. Her first gambler husband won a reputedly haunted, remote camp outside Abiquiu from cattle rustlers in a poker game. Stanley became owner after their divorce, named the place Ghost Ranch, and built it into a successful dude ranch and refuge for wealthy families from back East. We toured Stanley’s original adobe home and headquarters with its low ceiling and rustic wooden furniture. Ghost Ranch itself is now owned by the Presbyterian Church and is open to anyone for day or overnight visits. Part of our tour was a preview of a new exhibit at the Ghost Ranch museum about some of the ladies of the canyon, including diaries, photographs, and artifacts of their day. 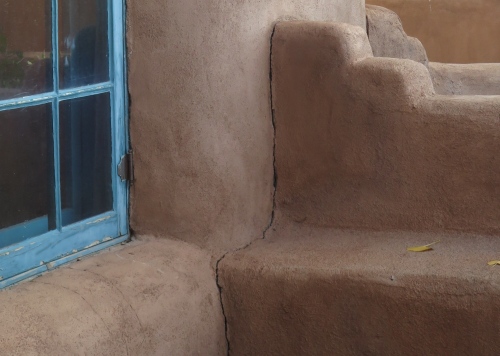 Georgia O’Keeffe first visited Ghost Ranch in 1934 and in 1940 bought a piece of the property with a house that had been built by Alfred Pack, who purchased Ghost Ranch from Carol Stanley (read Ladies of the Canyons for the whole story). While O’Keeffe’s house was not part of the tour, we did see the casita she rented when she first came to Bishop’s Ghost Ranch.

We could also view the Pedernal in the distance, a flat-top mesa in the Jemez range that O’Keeffe painted many times as the colors changed with light and season, joking that it was her private mountain since God had promised to give it to her if she would paint it often enough.

After the tour and exhibit, my friend and I hiked into Box Canyon, so called for the geological formation that created a natural corral for the rustled cattle once hidden there. We followed red dirt trails uphill, past abandoned hogans, toward a plateau of scrub pine and high stone buttes ringed with cottonwoods, now ablaze in the October sun. As I hiked, I tried to place myself in O’Keeffe’s paintings, imagining what the artist might have seen as she hiked a path much like ours. 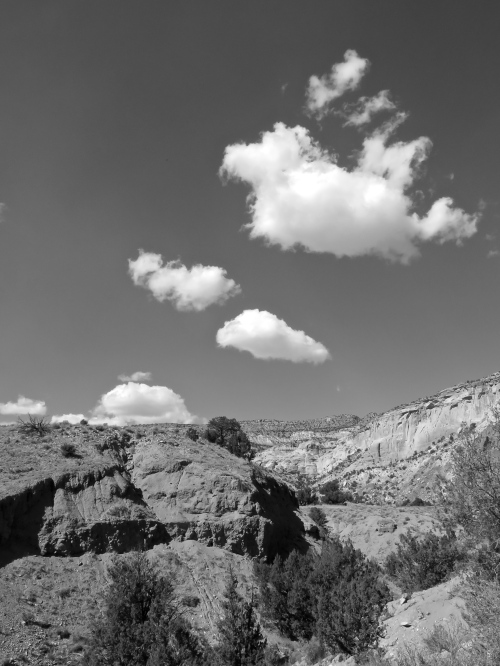 At the top of the rise, before the trail split into two, I stopped. Looking up from where I stood at the edge of a deep arroyo, it seemed the clouds were rising one at a time from the depths of the canyon, rather than floating across the sky. I thought of O’Keeffe’s paintings like Above the Clouds I, a canvas of oval clouds filling the sky to the horizon line, or In the Patio VIII, with its dots of clouds hanging over her adobe home. I could see why these New Mexico clouds appealed to O’Keeffe and how her particular style of painting them straddled a line between abstract and representational, as her work generally did.

On previous trips to New Mexico, I hadn’t noticed how the clouds in that high desert region could differ from the clouds in Colorado that barrel over the Rockies and drape across the Front Range sky. Like the clouds in O’Keeffe’s paintings, the clouds at Ghost Ranch that day were distinct from one another, individual even in their similarity. As my friend and I continued onto the plateau and threaded our way through astounding rock formations towering far over our heads, I kept an eye on the clouds drifting in that trick of the horizon up and over the buttes.

According to O’Keeffe’s biographer, Laura Lisle, in Portrait of an Artist: A Biography of Georgia O’Keeffe, the artist began to consider painting clouds in the 1960s when she started traveling by plane. Her first oil portrayed a solid mass of clouds under a sky. Next she broke the bank up into smaller clouds, and then placed more blue between them, creating, as Lisle writes, “an inviting path of stepping stones into infinity.” Whether this metamorphosis from large mass to smaller shapes was inspired by the clouds of her New Mexico home, I don’t know, but the evolution from clouds by plane to clouds over her own patio does seem likely. Whatever its inspiration, the oversized cloud panorama she exhibited in 1966, Sky Above Clouds IV, was unlike anything any artist had painted before.

Two weeks after visiting Ghost Ranch, I hiked with my partner John in Rocky Mountain National Park just a half hour drive from our home. I wanted to compare our clouds with the ones I’d viewed in New Mexico. Just as I remembered, small clouds are rare here except as part of a larger pack. What’s more, in the Rockies, the mountains are so dominant, it’s easy to overlook the sky. Each time we hiked up and around a switchback, a new vista stretched before us, like another layer of a painting hidden, until then, from view. As I tried to let the majestic peaks recede in my vision, the clouds suddenly came forward, reversing background for foreground, earth for sky. With surprise, I realized that the clouds before me were as big and even bigger than the mountains, so massive in size, even their shadows could cover an entire mountain from peak to base.

One mark of a great artist is how they inspire us to look at the world in a different way. I love O’Keeffe’s work for many reasons—her fierce commitment to her art, the trails she blazed for women, her recognition of beauty in common or traditionally “feminine” objects, and the emotional sense of place she worked to portray. But it wasn’t until I visited the land on which she walked that I understood the way her art inspires us to transcend what we see with our eyes into a larger vision. Whether the genius of her work is found in color, shape, scale, juxtaposition, or craft, her paintings capture something more than the sum of their parts. They offer us the opportunity to see both into the essence of an object and beyond its earthly form. O’Keeffe’s work teaches us that new perspectives are within our reach if we take the time to look. 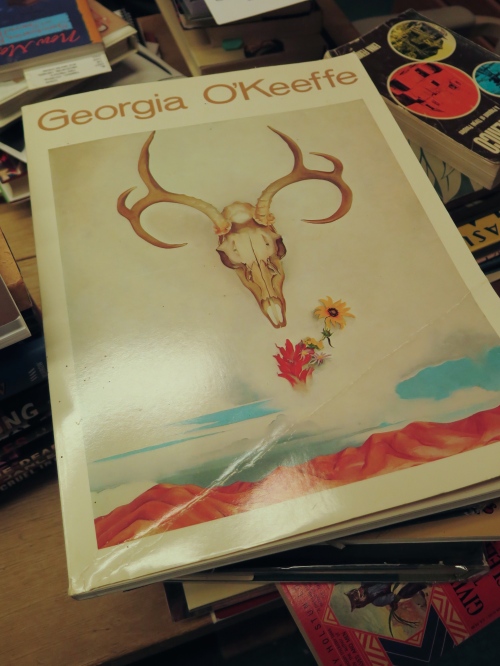 9 responses to “When Clouds Come Into View”